Since one of the main players in my last Apocalypse World game has bowed out, it doesn't look like The Pit is going anywhere. I am starting to feel the desire to MC another game though.

Last time, I had problems getting the players to feed me enough information about the shape of the world. I mainly wasn't asking the right sort of questions; they were too open, leaving people floundering for a good answer, and often letting them put their characters in comfortable situations. I didn't ask enough leading questions that channelled or suggested an answer, and I didn't pop any situations on them as fait accompli - I always gave them the option to demur and deny what I was offering.

I'm never sure how to set up the actual world for Apocalypse World. Asking the players what the world's like seems to mainly result in not-very-weird post-nuclear-war worlds. I don't want to come to the table with a complete pre-built world, but I may approach the next game with an apocalypse in mind so I have something to fall back on and colour my input. Of course, if the players come up with something of their own, I'll run with that instead.

Another thought I had was to use the same sort of list Hardholders use to define their holding - get the group as a whole to pick options off a list and discuss them to establish what's fundamentally wrong with the world. I based the options off the lower tiers of Maslow's hierarchy of needs.

There’s never enough - food, water, shelter, comfort. People take what they can from those who can’t hold onto it. Everything decays, and the only thing that stays the same is the fact that nothing else does.

The world is broken in other ways too - wrong, dangerous, fundamental ways - and people adapt as best they can. As a group, answer 3 of the following questions, talk about the whys and the wherefores, and also what you can do to safeguard yourself:

What do you think? Are there any other questions you'd add to the list? Would you frame the options differently? Keeping in mind that it's basically world-building training wheels for me as an MC, do you think the whole thing is an unnecessary exercise? How do you do it? Is there a better approach?

I've made good progress on PowerFrame's magic system, although there are still a few wrinkles to iron out before it's properly complete. I might blog about that when I've sorted through the options a bit more. In the meantime, I've been filling in some details in the Adversaries section - Races, Archetypes, and Creatures. 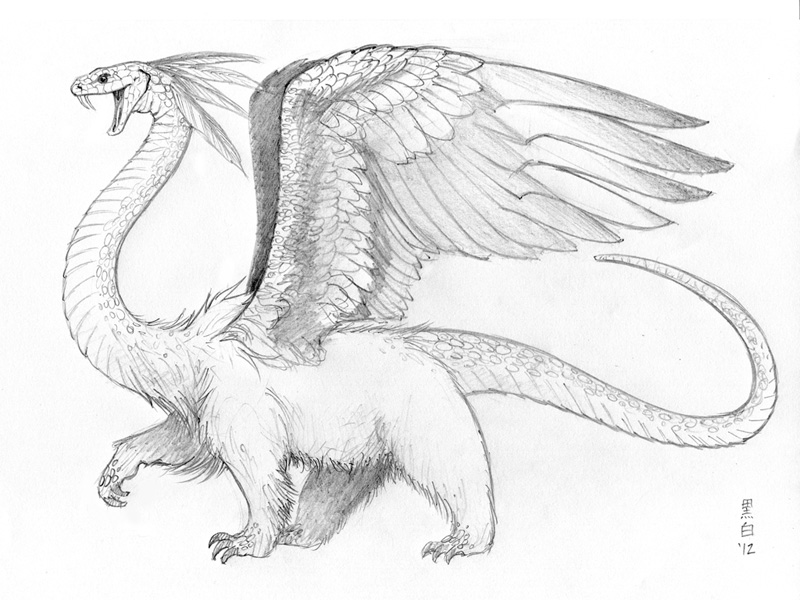 For Races I currently have Elf, Dwarf, Goblin, and Minotaur, which take up a page in total. I might add another page if anything comes to mind, but I'm fairly happy with giving people a few examples to work from and leaving them the tools to make their own.

For Archetypes I currently have Warrior, Archer, Town Guard, Police/Security, Modern Soldier, and Bandit. They take up half a page each. Again, the system contains tools for making your own Archetypes, so I think just a few examples is a good start.

I started on Creatures yesterday. My previous group had put quite a lot of work into creating a Bestiary, which featured many detailed renditions of real-world animals. I myself did quite a bit of research on big cats and statted up seven versions across six species (lion and lioness get separate stats). On top of that, we have three types of bears, a few dogs, boars and domestic pigs, monkeys and apes, big game, and a swathe of domesticated livestock.

I'm trying to decide how much detail to put into the main rulebook. I had started out creating a format that condenses several species of information into a single statblock, but I'm not sure if the level of detail is worth it. Thinking about how I've presented the Races and Archetypes, I'm considering stripping it back and having one example each of a few different groups - an archetypal big cat, bear, wolf, predatory bird, snake, and shark.

On top of that, I'll include some monsters to give people an idea of how to create fantastic beasts and what the expectations and limitations are.

If I find the time, or there's sufficient demand, I can always release a more comprehensive Bestiary as a PDF supplement later on.

What do you think? Given that PowerFrame's a bit of a do-it-yourself toolbox, would you prefer just a smattering of examples and access to the tools? Or would you prefer more detailed and comprehensive information up-front?

Basically, does the difference between a leopard, cougar, jaguar, cheetah, lion, and tiger matter to you?

It's been a while, but we finally reconvened for a new session of Rippers! +Annette's been busy with work, but particularly wanted to have a game on the weekend of her birthday. +Michael reported in sick, but bravely soldiered on and joined us via Google Hangout to avoid spreading his illness around.
Previously, all three Rippers followed Lord Maybrick to his country estate in an attempt to recover the heart of a rare Mesopotamian Mummy. The direct approach failed, so they are attempting to sneak back inside... although at the end of last session, they had just set fire to a carriage and two Mummies in the stable yard.


Given the commotion they have just ignited at the back of the East Wing, the Rippers sneak in the front door. Soon after entering, they hear a gunshot from upstairs - however, their minds are on other matters. Reasoning that the Mummy Heart is probably in a secure location, they head for the West Wing and the library.

They search the library quickly and thoroughly. Douglas finds a secret passage as a neatly-dressed man in a top hat runs past clutching something. Pratchett and Baker pursue him, also hearing booted feet coming from the same direction as their quarry, while Douglas investigates the passage.

Pratchett and Baker catch up with the top-hatted gentleman and attempt to snatch the canopic jar he's carrying. The struggle spills out onto the back lawn, where they are soon joined by three thugs dressed as footmen who assist Top Hat. The gentleman utters some arcane phrases in Ancient Egyptian and summons an otherworldly servant from the ground.

Meanwhile, Douglas' investigation of the passage is stymied by a lack of illumination. As he returns to the library to look for something to light his way, he hears the fracas outside and hurries to join the fray. He discovers that some of Maybrick's serving staff are also fighting against Top Hat's thugs. Top Hat loses the jar to Pratchett, and draws his sword in an attempt to get it back. Baker is struck a grievous blow by one of the thugs, who pays the ultimate price at Pratchett's hand.  As most of Top Hat's minions have fallen, he flees but is shot down on the way to the stables by a hail of bolts from Douglas' crossbow.

Maybrick's staff reveal that the gentleman is Sir Conrad Leek, and also that he shot their master; the butler is currently providing medical attention. The Head Maid wants them to stay to speak with Maybrick when he recovers, and requests the return of the jar, but Pratchett implicates their master in its theft and informs them the group will leave immediately.

The Rippers return by carriage to the London Lodge, deliver Leek to the cells, and debrief Shackleworth and Van Helsing. They are congratulated for their return of the artefact. Investigations will continue into Leek's cult, and Van Helsing will deal with the Maybrick situation.

The Rippers have proved their worth to the organisation, and Van Helsing offers them the opportunity of their own Lodge. However, they turn down the offer, content to keep working under orders as they have been.


Rather than tracking Experience Points too closely, I've basically been giving them half an advance every session. Since this session made a good conclusion for the current story arc, and would be a good spot to start them off with their own Lodge as they became Seasoned, I gave them a whole advance this time.

However, they turned down the offer, both in and out of character. The players are happy to be given assignments with enough leeway to use their own initiative and preferred methods, and just concentrate on hunting down and eradicating evil, without the need to bring additional responsibilities and the worries of resource management into the mix. The "run your own Lodge" system is a unique element of the Rippers setting, but it's not one the players are keen on at this juncture. They might decide to give it a try later on, though.

I actually went against the expectations I'd laid out at the beginning regarding pulling punches and character death. In our first game I'd used the Heroes Never Die setting rule to take PC death off the table. For Rippers however, given the visceral and brutal nature of the setting and the foes they would be facing, I'd said that I wouldn't fudge the rules to save lives.

Then I did just that, when a damage die exploded several times in a row against poor Professor Baker and he was faced with taking four Wounds at once from a cultist Extra. Although he might not have died, I reduced the blow to three Wounds, which effectively took him out of the fight anyway.

The main factor influencing my decision was that he'd Soaked against the immediately previous attack with a total Vigour roll of about 26, giving him more than enough Raises to Soak the one Wound he was going to take but also leaving him out of Bennies.

The other factor was that I was concerned about the difficulty of the fight - at the start, due to Douglas' absence, it looked like it would be two Rippers against Wild-Card Leek, three Cultists, and a summoned Bodyguard! I gave Douglas an opportunity to join in, and also had Maybricks' combat servants help out. Even so, it was a close thing when Baker went down. In hindsight I probably shouldn't have been overly concerned; rather than worrying about what makes for a good and balanced fight, I think Rippers is more about what the situation demands. If the good guys end up outnumbered and out of luck, that's the way it goes. Leek was in a hurry to leave anyway, so it's unlikely he would have stopped to finish them off if all the Rippers had been incapacitated.

Anyway, I talked to the group about it afterwards, and they didn't seem to think their sense of fun or challenge had been betrayed. In addition, two of them currently have back-up PCs in case they feel like a change or suddenly need a new PC. I'll try harder to toe the line in the future, but I am by nature a fairly soft-hearted GM.